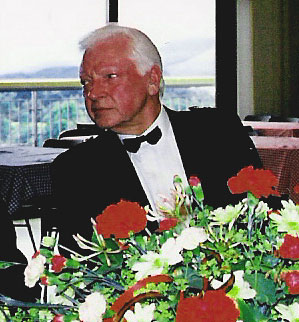 Donald MacInnes passed away on January 4, 2007. He was a great historian, and promoter of the Clan MacInnes Society and then International Association of Clan MacInnes in Scotland. He was Vice President of International having the UK, Australia and New Zealand. 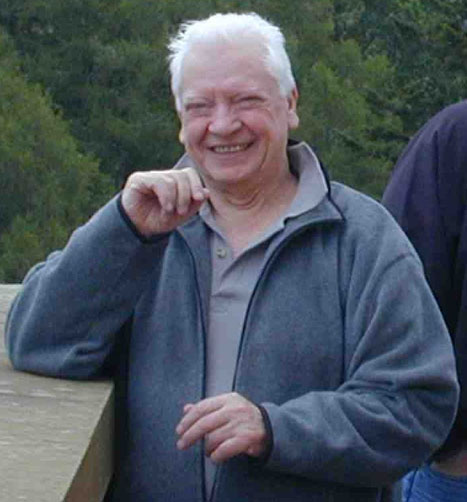 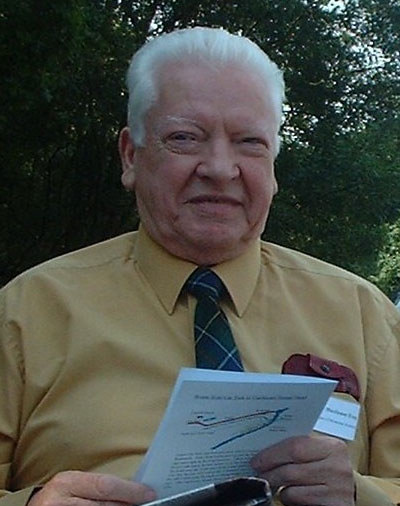 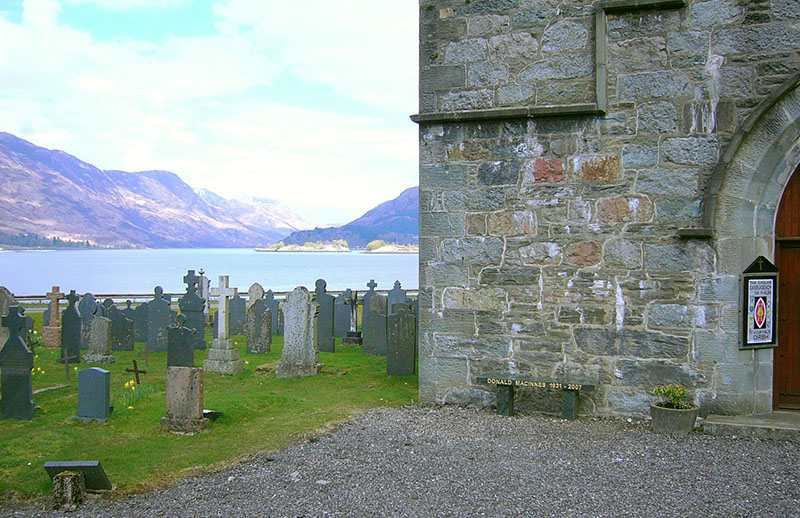 The Bench was original going to be at Kinlochaline, but the mossy steps were slippery and step, and visitors would not be able to easily gain access as the castle is a private residence. Next was at Culloden, but there were complications there as well.  So the bench was placed at St. John's Episcopal Church at Ballachulish. 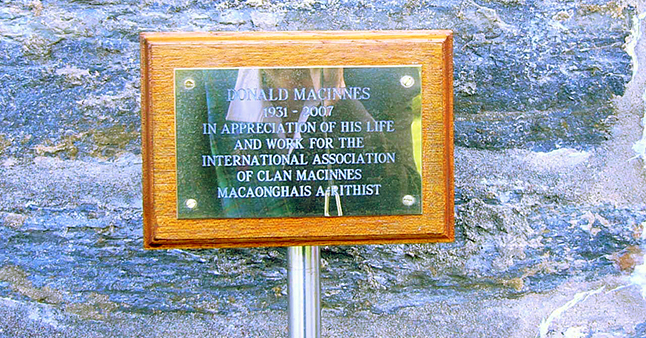 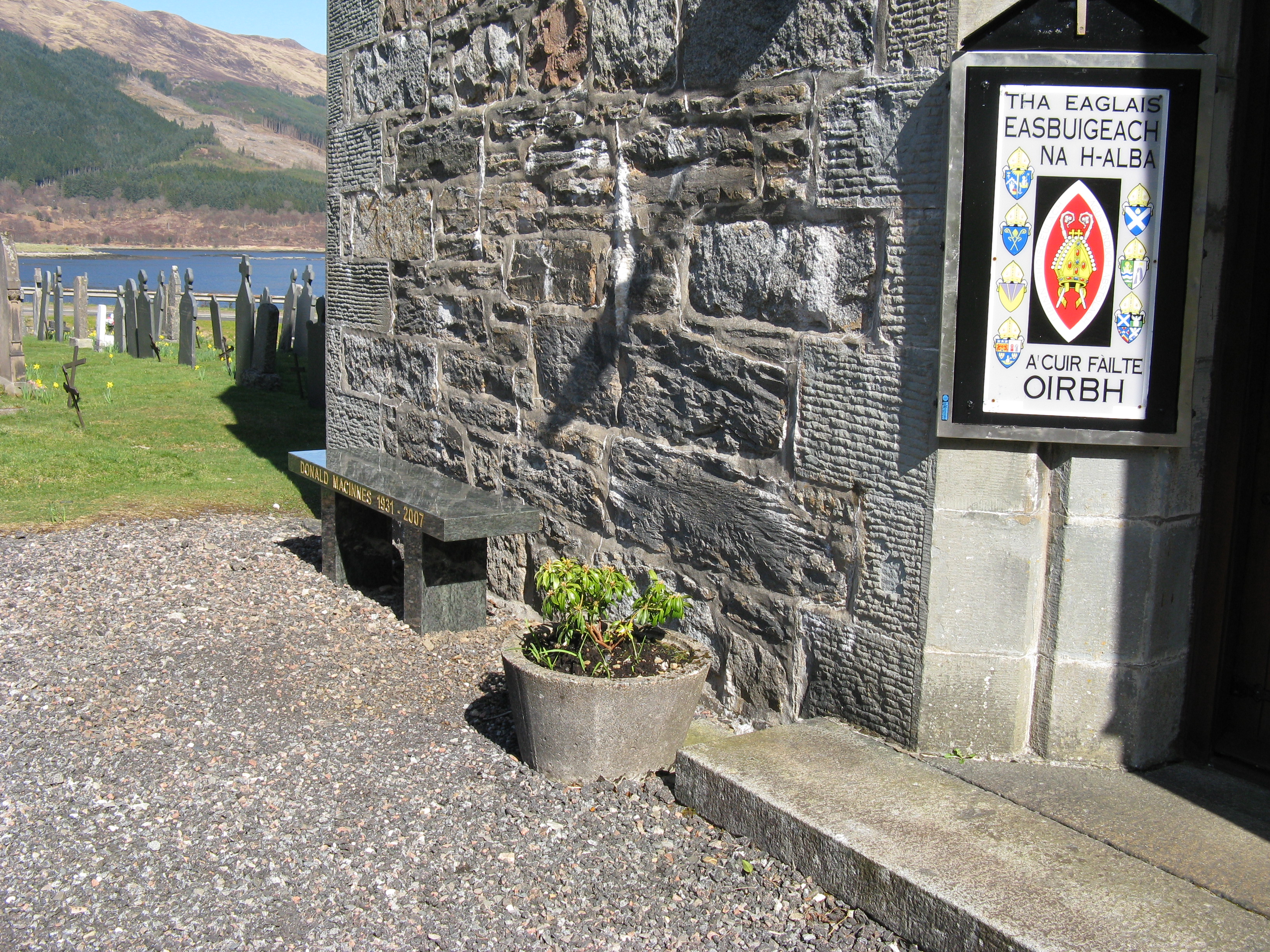 Ballachulish Church has many MacInnes in its cemetery, and is known as a MacInnes related church. Here Colin McInnes with the Reverend A. Fallows and John Alexander, husband of Jean Alexander who was Secretary for the Scottish group,  attend the dedication of the bench.

The document below was read on January 16 at the funeral of Donald MacInnes by Colin McInnes. The service was held at St. Columba's in Glasgow, the Highland Cathedral and conducted by Reverend Donald Michael MacInnes. The sentiment in the letter expressed the feelings of everyone in Clan MacInnes who had the privilege of knowing Donald.


Donald often spoke with me about a project close to his heart. He was planning to install permanent markers at significant Clan MacInnes historical sites in Scotland. Taking this a step further we can envision this project extending to the immigrant settlement sites in North America, Australia and New Zealand.

As a way of remembering Donald and his huge contribution to the Association, I am today initiating the Donald MacInnes Remembrance Fund. The purpose of the fund is to raise money for worthwhile Clan Projects such as the heritage markers and perhaps someday a MacInnes Clan Center.


The annual dues go toward the cost of mailings, scholarships, Eilean Munda maintenance and general membership support and there is just not enough surplus to support other projects. This is an opportunity to remember Donald and support the projects he thought were worthwhile. 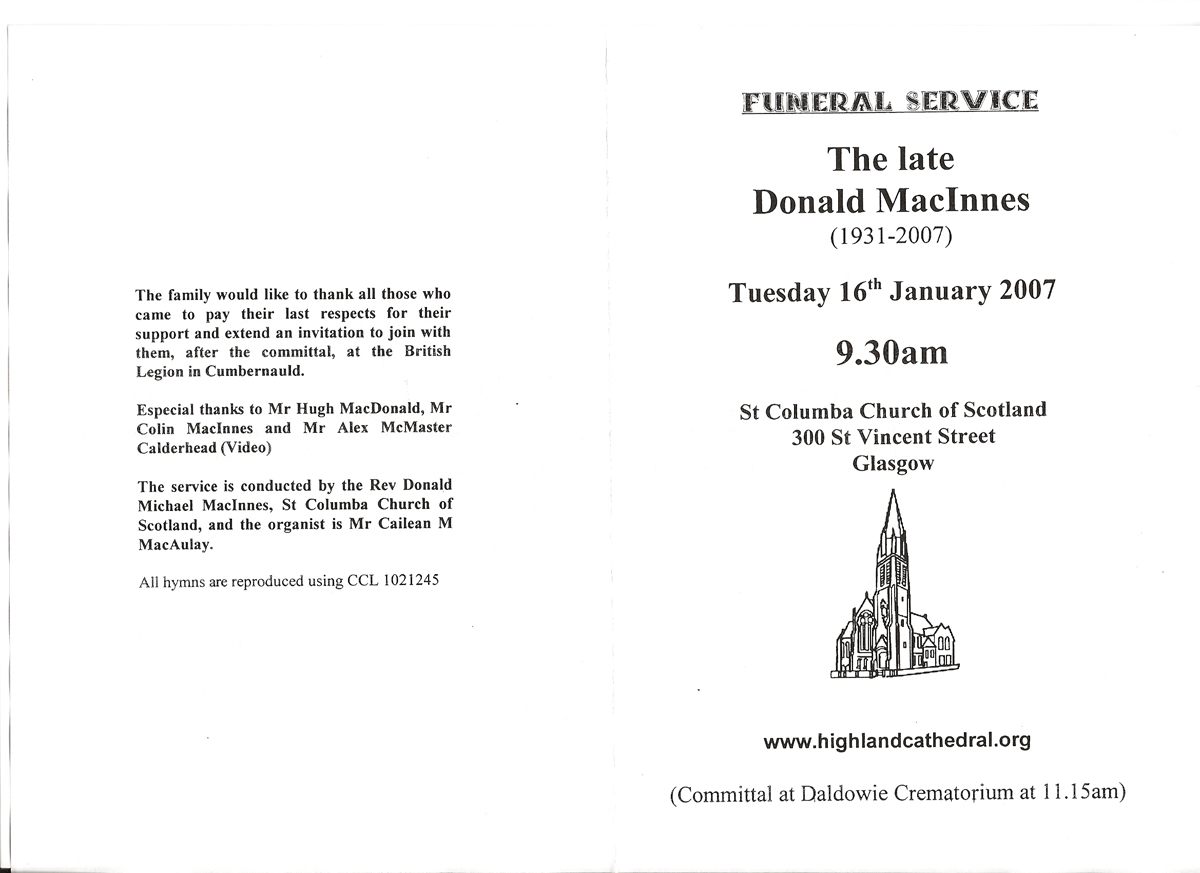 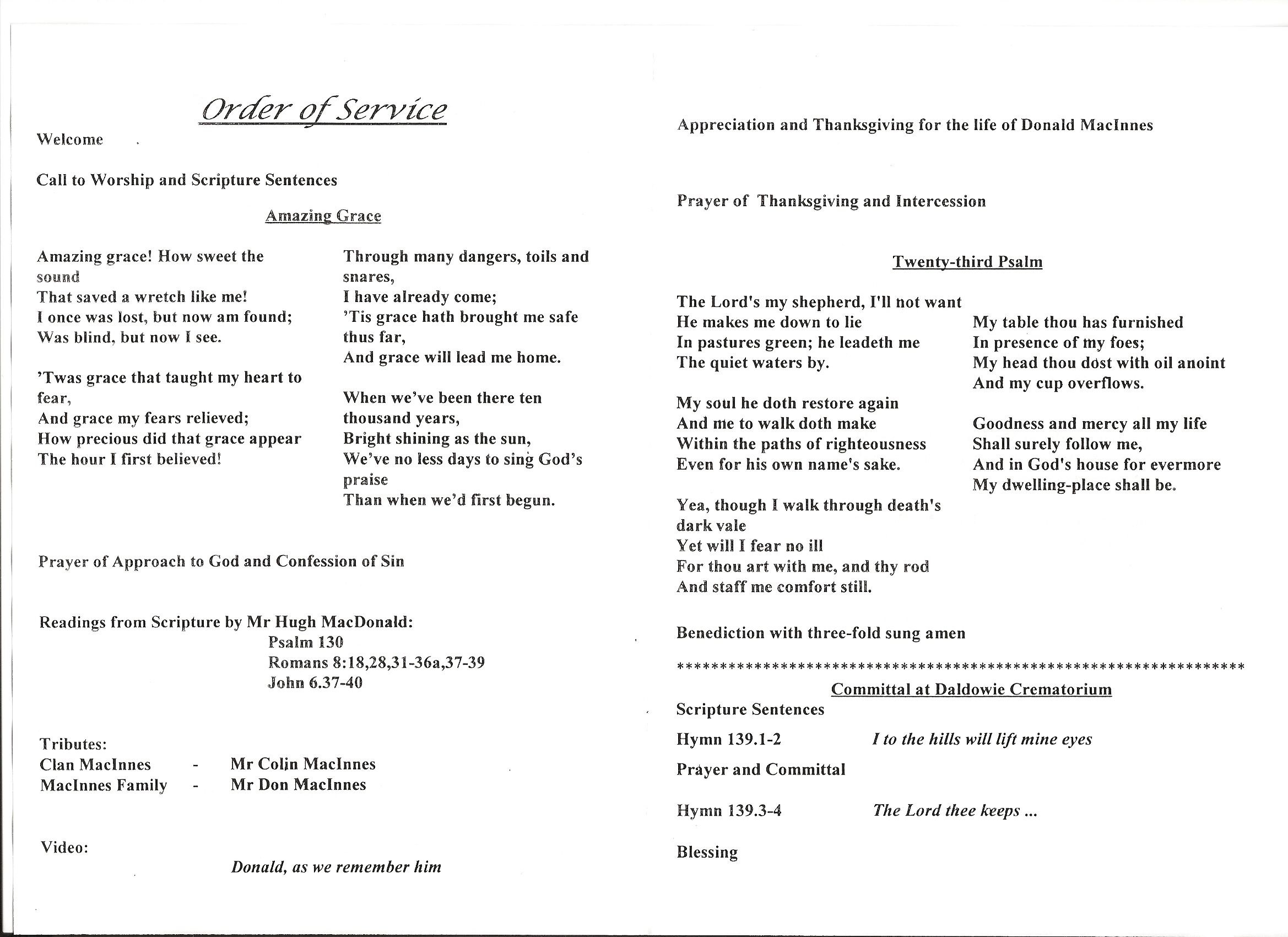